Best Antifreeze for Engine (Review and Buying Guide) in 2020

If you are living, or have lived in a location where the climate and weather is on the extreme side of the spectrum half the year, then you know by now that the worst victims of such harsh weathers always tend to be the automobiles whose engines have to endure the frequent freezing and overheating almost every other day. Car owners living in such locations avoid the seasonal engine dilemma with the help of antifreeze and coolants. These neat liquids are the magic potion that keeps their cars running all throughout the year without catching a cold or fever. Below is the list of best antifreeze for car engine which you can consider buying for your car.

The Best Antifreeze for Engine 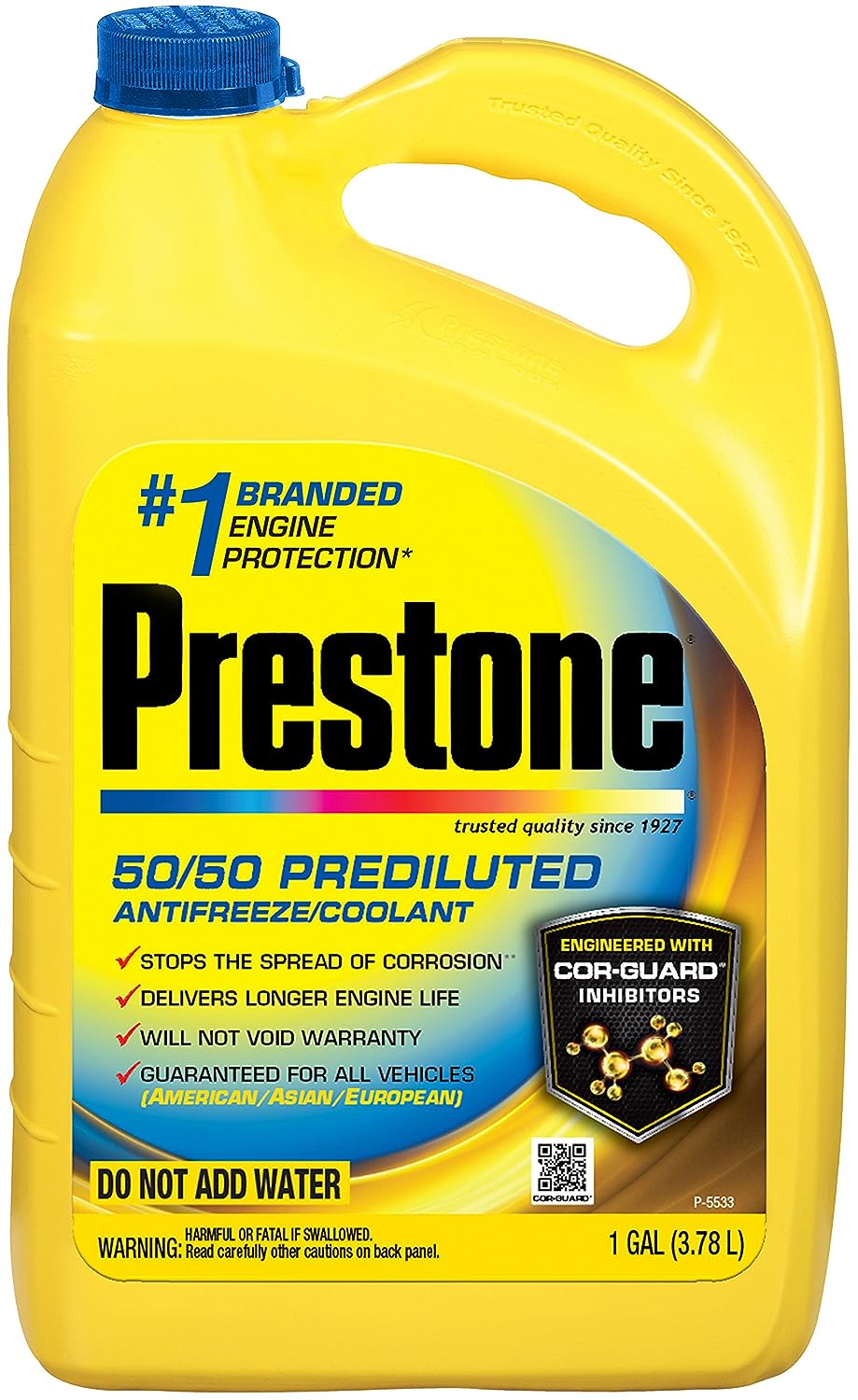 This antifreeze coolant from Prestone is a 50/50 blend. This means that it consists of half water plus equal parts of water. Though you can find coolants without the ready-made blend, it is always easier and more accurate to have the portion already sorted out for you.

The AF2100 is compatible with any other antifreeze coolants regardless of its color. This coolant is good for 5 years or 150000 miles. It helps prevent corrosion on not just metals, but aluminum as well. The great part about this coolant is that is can be used in all models and makes of car. 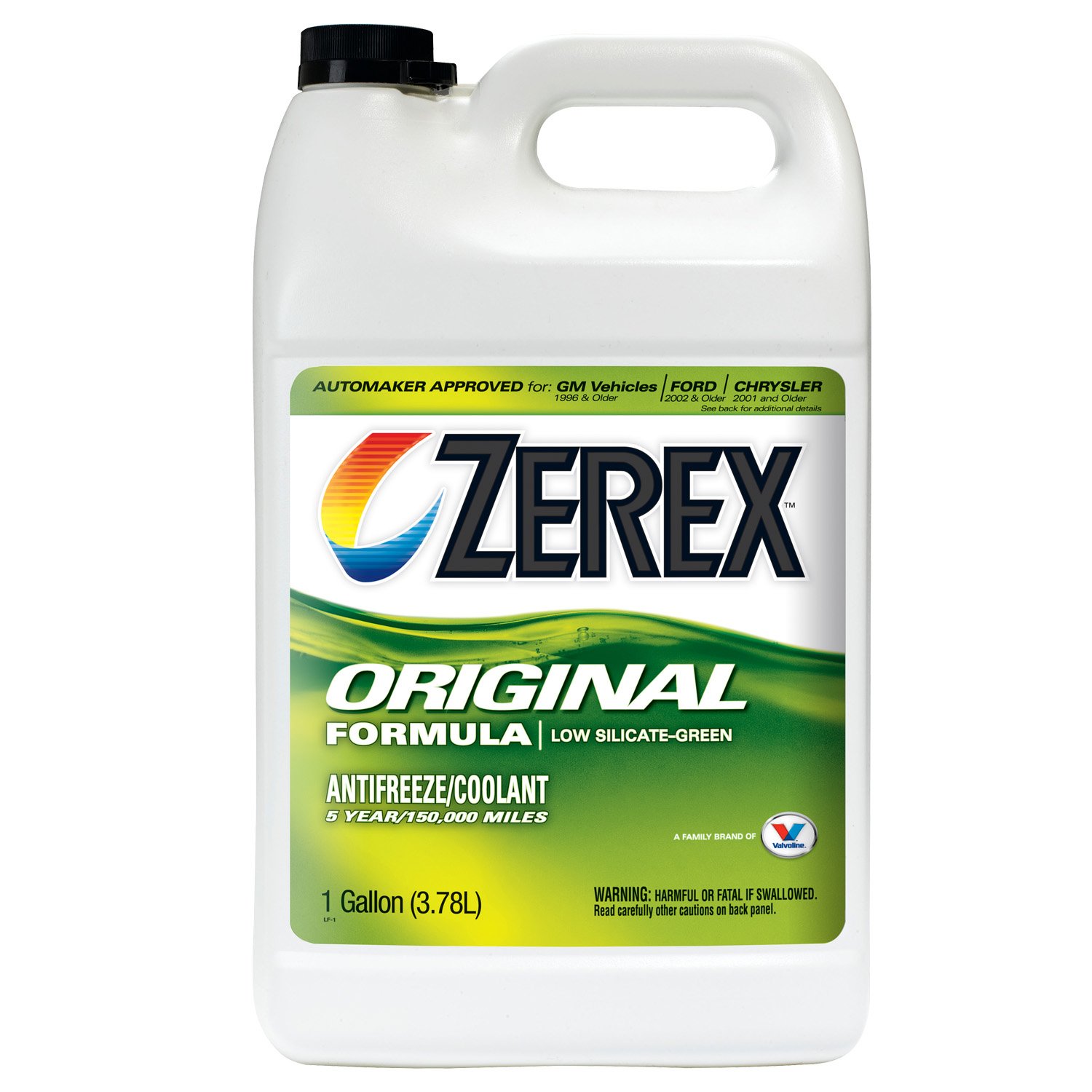 It keeps your engine thawed and protected down to -34 degrees Fahrenheit. The coolant features a patented organic acid, and uses de-mineralized water, to help prevent rust and corrosion longer than most of its kind. 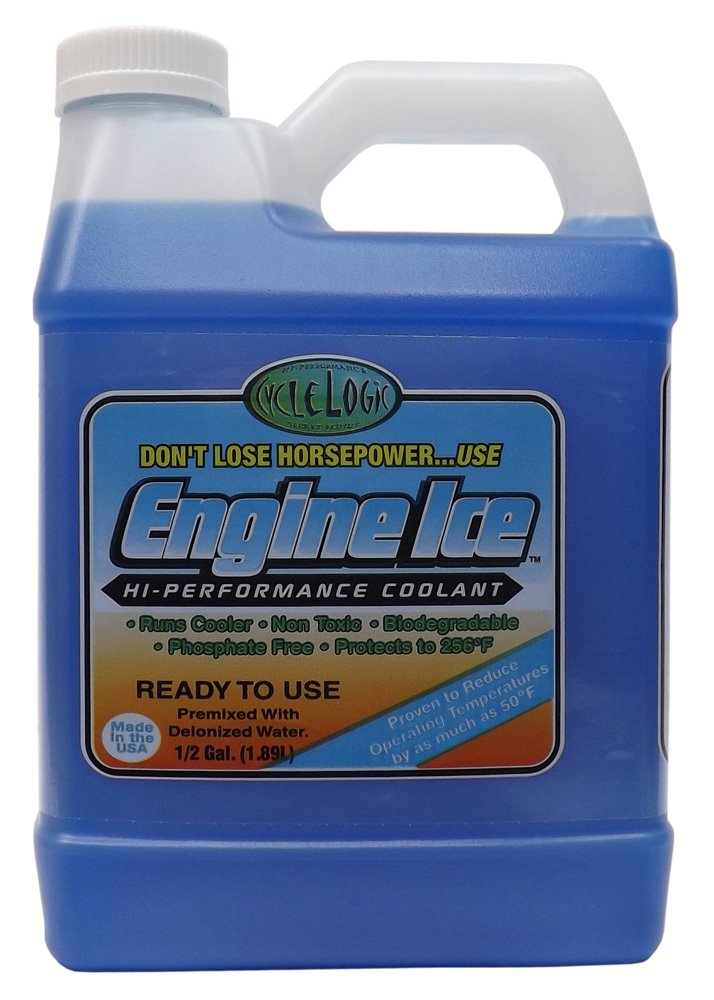 The TYDS008 from engine Ice is a blue coolant that is pre-mixed or blended to 50/50 as well. This coolant is great for cars, ATVs, motorcycles or even snow machines.

The TYDS008 is biodegradable, non-toxic and is also phosphate-free. The coolant uses deionized water to maximize temperature controls by keeping the boiling point to 256 Fahrenheit and freezing point to 26 Fahrenheit. 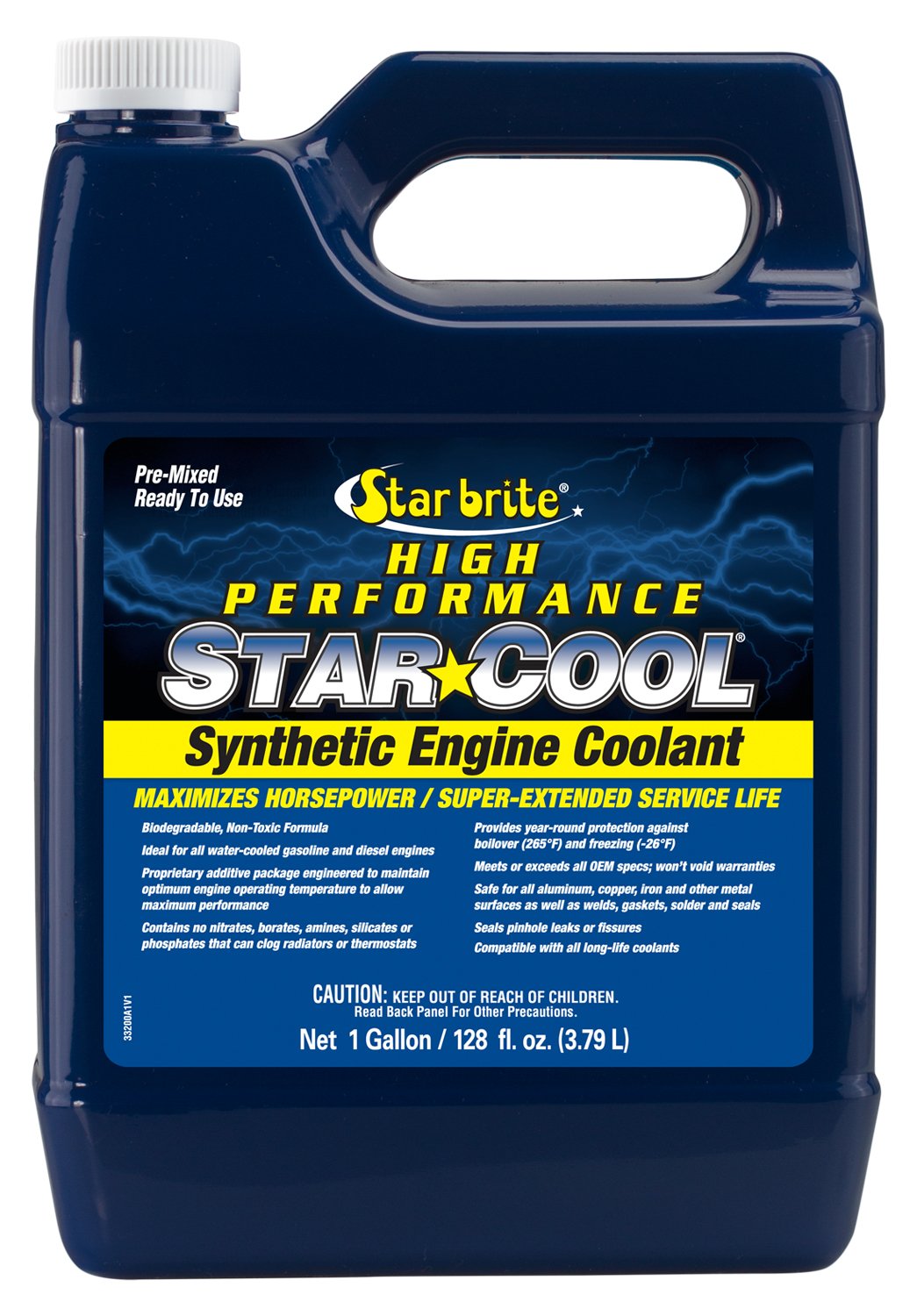 I want my list for the 6 Best Engine Antifreeze and Coolants to be diverse, and that it is. This coolant is from Star Brite is a synthetic, pre-mixed coolant with additives.

This synthetic coolant from Star Brite is formulated so that is works and delivers results so much more accurate than other coolants in the market. It combines a non-toxic glycol base with unique poly organic additives (POAT) to create the most advanced coolant. It is created to clever seal any holes or fissures in the car, and best used on water-cooled gasoline and diesel engines.
Pros: 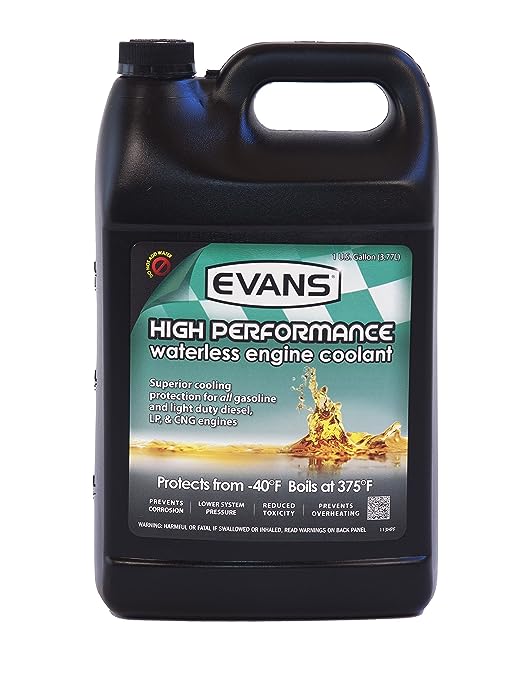 This coolant from Evans is specifically designed for all modern, classic, and vintage gasoline-powered cars, light-duty diesel, LP and CNG vehicles.

This coolant requires no addition of water and is pre-made for you already. It has a boiling point of 375 degrees Fahrenheit low-temperature threshold of -40 degrees Fahrenheit, and will not vaporize, eliminating boil-over and after-boil. It prevents coolant loss and generates low vapor pressure. The coolant also effectively prevents rust and corrosion. 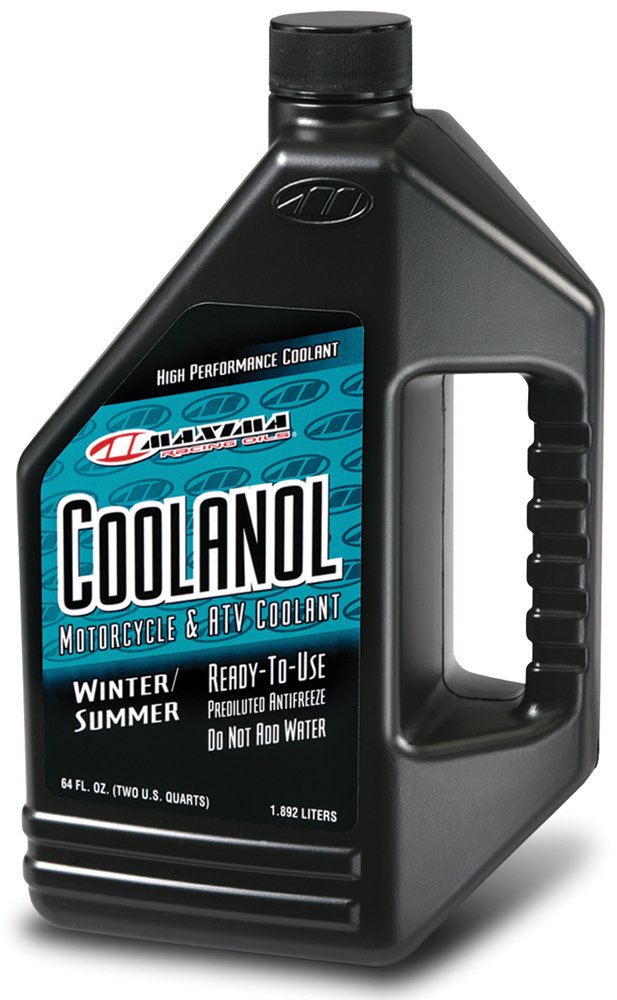 Last but not least in our list of the 6 Best Engine Antifreeze and Coolants is the 82964 Coolanol from Maxima. As the name suggests already, it is a 50/50 blend of water to antifreeze, requires no other additions to it and is ready to use.

This coolant contains an anti-foaming agent to reduce water pump cavitations and holes, and increase cooling capacity. Also, it uses deionized water to make sure that it goes that extra length to prevent rust and corrosion. It can protect from freezing in winters down to -34 degrees Fahrenheit and prevent reaching the boiling point in the summer up to 265 degrees Fahrenheit with a 15-pound radiator capacity. It is best suited to motorcycle and ATV engines thanks to its very low-silicate fluid.

What do antifreeze and coolants do? How they benefit you? And why do you need them?

What the 2 fluids do is pretty straightforward and simple. First and foremost, antifreeze and coolants serve a very similar purpose. These chemical fluids, often colored, are added to an automobile’s radiator or reservoir to manipulate the temperature of its engine. It lowers the freezing point, and also, simultaneously increases the boiling point by several degrees so that the engine does freeze as fast during the winters, and does not overheat and boil down as quickly as it should during hot summers.

So basically, what antifreeze and coolant do is that it extends and pushes the freezing and boiling points of your automobile’s fluid so that it reaches the points later and than usual. In other words, it increases your automobile engine’s resistance and immunity to and from freezing and overheating. One other way antifreeze and coolant benefits you, the engine that is, is by acting as a lubricant to the operation. It lubricates the moving components it comes in contact with to ensure a smooth and easy operation. Therefore, there are 3 very important reasons as to why you need it:

What are other things you should know about antifreeze and coolants?

Antifreeze and coolants, as the name may give away, sound like they do opposite jobs. This contradictory name has had a lot of drivers and learners confused at first, but the truth is: antifreeze and a coolant serve the same purpose, and more or less have the same chemical properties. In fact, they are often referred to as the same thing.

These fluids are highly hazardous to health if ingested or in topical contact for too long. Antifreeze poisoning is fatal could lead to discomfort and health issues like blood in urine, blindness, dizziness, unconsciousness, and even coma. Keep the fluid containers away from the reach of children and pets. Lock it away in a cabinet if possible. Always be sure to sure use the fluids carefully as not to spill it on your skin or eyes. If ingested, immediately run to the nearest hospital or contact poison control.

What type of antifreeze coolant should be the best for my car?

This is a tricky question, to begin with. Antifreeze and coolant will work the same way in almost all automobiles, given there are some exceptions in larger vehicles like trucks. However, the best one for your car can be found only through trial and error, or from the recommendations from your fluids’ application chart.

Before you put antifreeze coolant into your car, test the previous fluid to check for expiry. If it has gone bad, you can go ahead and refill. You can check if the fluid has gone bad by checking its color which usually changes into a muddy brown color or checking its pH which tends to become more acidic; you can test through pH strips, by the color, by a temperature meter or even by digital testers. Be sure to change and maintain regularly since the bad fluid is acidic and can eat away the metal.

What are the things to look for when buying antifreeze and coolant?

You do not have to dig too deep to learn about antifreeze coolants. Knowing about the points below should cover for the best part:

There are basically 3 types of coolants in the market today:

This type of coolant is bets for cars manufactured from the 1920s to the late 1990s. This coolant is clear in color but often dyed bright neon green for easier identification. IAT coolants contain silicates and phosphates corrosion inhibitors to help protect metal parts of the car through which it runs through the engine and radiator. It is advised IAT to be flushed out of the cars every 2 years, or after 30000 miles.

This type of coolant comes in various dyes including orange, pink, and red to dark green. It does not contain silicates and phosphates to protect the car’s metal from corrosion. OAT coolants last very long and require less frequent flush outs, but they still do eat away the metal at the end of the day. OAT coolants are best suited for cars from GM, Honda, Toyota, and VW.

This type of coolant contains silicates and additives, which protect the car’s metal components.  It is usually dyed yellow or orange but is not limited to it. HOAT coolants should be flushed out every 5 years or after every 150000 miles. HOAT coolants are best for Asian cars, German cars, and European cars.

While there are many other points to look into, there is none more important than understanding getting the types right. But, for more accurate choices, check with your car owner’s manual or consult with an auto expert.

More Tips for the Best Antifreeze

How to FLUSH your Cars Cooling System