Home » Cars » How to Convert CC to HP for Small Engines 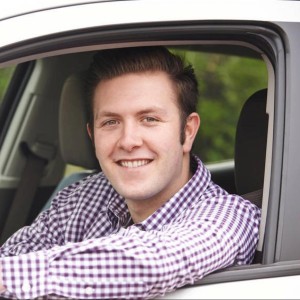 The relationship between horsepower (hp) and cubic centimeters (cc) is a bit complex. While the latter is a measure of a vehicle’s engine size, horsepower is a measure of how much power the engine produces. This has confused a lot of people who are trying to convert cc to hp.

A large engine generally produces more power, but this fact can be refuted. The power produced by an engine largely depends on how well the engine is tuned and the type of fuel the engine is consuming. This means that horsepower can be increased by more volatile fuel and regular engine tuning.

Why Is It Necessary to Know the Horsepower of a Vehicle

Before we talk about how to convert cc into horsepower, it is important to understand why you should know about your vehicle’s horsepower. You might have seen car manufacturing companies emphasizing on the horsepower of their vehicles while selling them. This number tells the amount of work that a vehicle can do during its useful life.

This helps customers to buy the vehicle which well suits their requirements. However, not all companies mention horsepower while selling vehicles. They, on the other hand, mention the engine capacity – which is measured in cc. You may have people boasting about their 1,000 cc car or above.

However, many car owners are more interested in finding out the horsepower of the vehicle. In this article, we’ll have a look at how to convert cc to hp for small engines. Generally, 1 hp is equal to 15 to 17 cc. However, the conversion between the two quantities cannot be performed with a simple unitary method.

The Math to Convert CC to HP

Tip: Convert the value to the nearest 10 for ease in comparison.

Step 3: Determine the Value of Horsepower

Consider the two values calculated by the previous steps and determine the horsepower of the vehicle. The above calculations show that the vehicle’s horsepower lies somewhere between 106 and 120.

Let’s consider another example to determine the value of the vehicle’s horsepower:

There is not a direct comparison between cc and hp mostly because they are two different quantities with different measuring units. This is why the value of horsepower is determined using the unitary method on two separate occasions. This method will give you an idea of the vehicle’s horsepower.

Some manufacturing companies also have a computerized mechanism to determine the horsepower of a vehicle upon the request of buyers. At the time of purchase, you can directly ask the salesperson to let you know the vehicle’s hp.